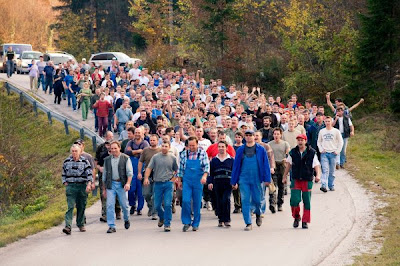 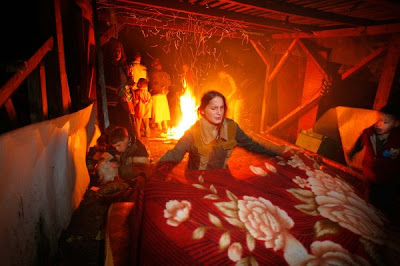 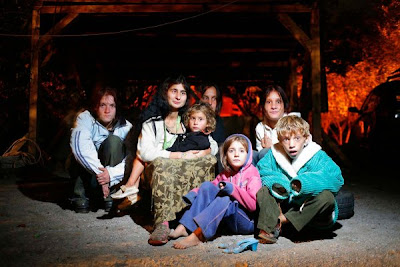 Wielding clubs, guns and chainsaws, several hundred villagers converged on the cottage in a clearing in the beech forest with a simple demand. "Zig raus [Gyppos out]," they called in German, deliberately echoing Nazi racist chants. "Bomb the Gypsies."

It was the last Saturday of last month, when the mob terrorised the extended family of more than 30 Roma, half of them children, into fleeing their clearing a mile over the hill from the farming village of Ambrus in eastern Slovenia.

"They were building bonfires on our land and shouting that if we don't move out, they will bomb us and crucify our children," recalls Mr Strojan, 30.

Zizek's defence of the pogrom:

As expected, all liberals condemned them as racists, locating racism into this isolated small village, while none of the liberals, living comfortably in the big cities, had any everyday contact with the Roma (except for meeting their representatives in front of the TV cameras when they supported them). When the TV interviewed the “racists” from the town, they were clearly seen to be a group of people frightened by the constant fighting and shooting in the Roma camp, by the constant theft of animals from their farms, and by other forms of small harassments from the Roma. It is all too easy to say (as the liberals did) that the Roma way of life is (also) a consequence of the centuries of their exclusion and mistreatment, that the people in the nearby town should also open themselves more to the Roma, etc. – nobody clearly answered the local “racists” what they should concretely do to solve the very real problems the Roma camp evidently was for them. 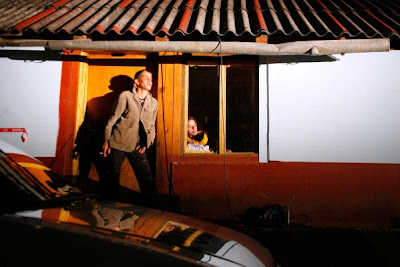 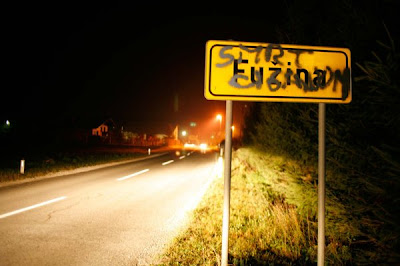 "Death To Gypsies"
Replying very recently to criticism of his championing the armed racist mob and the expulsion and terrorism suffered by the Strojan family, Zizek - typically - blames "the working class" for his own bourgeois racism (anti-racism is anti-working class since "capital is multicultural and tolerant"), simultaneously displaces his own white supremacism onto other members of the "liberal intelligensia" who at the same time serve as the "hypocritical" foils for his admirably "honest" venting of racist myth and malice and cynical promotion of neo-Nazi phantasmagoria, and reiterates his insistence that the Strojans were the aggressors and the villagers who terrorised them and drove them from their home just defending themselves:

When they say “lie lie lie”, I tried to do something, not to protect or justify them, but I tried to do something which one always has to do, I tried to imagine to put myself into the skin of those local people there. Were they anti-immigrants, yes, but, here comes the but, which is not from the right wing media, but I was lucky that the baby sitter whom I hire to take care of my small monster son and with whom I have good relations much more than just paying her, she also worked a long time as a social worker precisely with those gypsies, Roma. Incidentally they themselves slightly prefer to be called Gypsies so fuck you when you tell me this use the term is wrong - it’s the same as you know 'African-Americans' no? But – at least some of them. But what they she told me of course don’t idealize them. At a certain level it is of course true. They are living there in the camp which has no legal status, their main income is trading stolen cars, they definitely do steal from the fields around and so on and so on, so….

It’s nice to defend the Roma when they are far away….if you are so tolerant with them, you can have them there [near some swank villas Zizek claims someone proposed relocating the Strojans to] You can imagine how immediately no one even wanted to talk - he serious problem here is the following one. This is the limit of multicult - this is the limit of this liberal multiculturalism which what I wanted to draw attention to is and that’s the tragedy of multiculturalism, how the whole space is constructed with a clear class dimension. It’s always upper middle class or at least middle class [it’s not clear whether he is identifying the Strojans as upper middle or middle class] who is blaming the poor redneck ordinary guys for being racists to enjoy their privilege – nobody, the moment I mention this class aspect which is clearly here, I become a protofascist right winger or whatever or whatever. No. I mean again the problem when we fight racism is the same as the Israeli settlers [whom he has earlier in the talk portrayed as mostly Eastern European immigrants, poor victims being used by the State], you know, see the whole picture, identify the real culprits; Don’t focus on the poor confused guys there whom I understand. It’s so easy for an upper class liberal living in the rich part, not to see, I’m not saying; I repeat it for the third time;, I’m not saying they are not right. I’m not saying they are not guilty also in a way. But imagine a typical modest guy from that village. His son comes often beaten. Not too often, but there is this fear, occasional fights with Roma children, things are stolen from the field, and so on and so on, there even was a murder in that gypsy settlement, and what was offered to these people? Nothing, just culpabilising them.

You really have to listen to get how vile he is, the venomous spitting out "fuck you" and the oozy sneering of his expertise in "what they all really like" (Oh, at least some of them!). The fans are a little quiet through this but finally undisturbed, ready to accept the narrative of true Slovenes defending themselves with virtuous bold violence against the evil depraved violent foreigners, who may have been born and raised in Slovenia, and be Slovene citizens, but for Zizek remain "immigrants" due presumably to bloodlines alien to this Slovene soil. Ready to accept the "liberal intelligensia" - those like Zizek and his Lib Dem party who carried out the administrative ethnic cleansing targeting Roma and Muslims and continued to fight for years against survivors' restitution and reparations claims - as the fiendish sponsors of alien Roma threats to "ordinary" "local people", and to accept anti-racism as nothing but the liberals' hypocriticial conspiracy against the people of the nation. 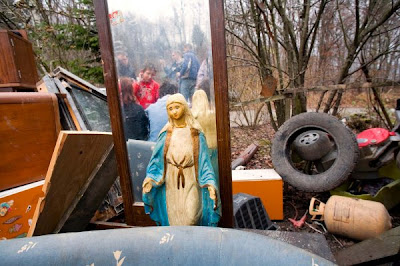 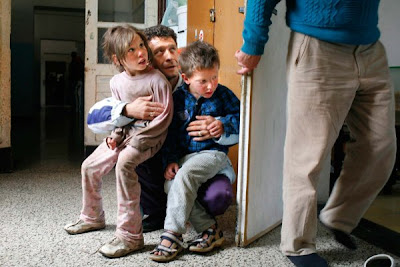 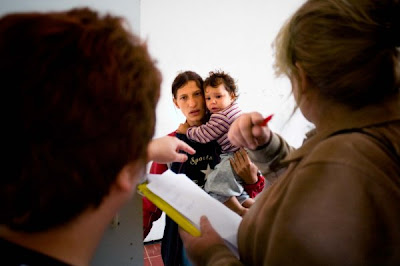